Through our partner GPSVS, we are providing relief in three severely affected blocks of Darbhanga district, Bihar. 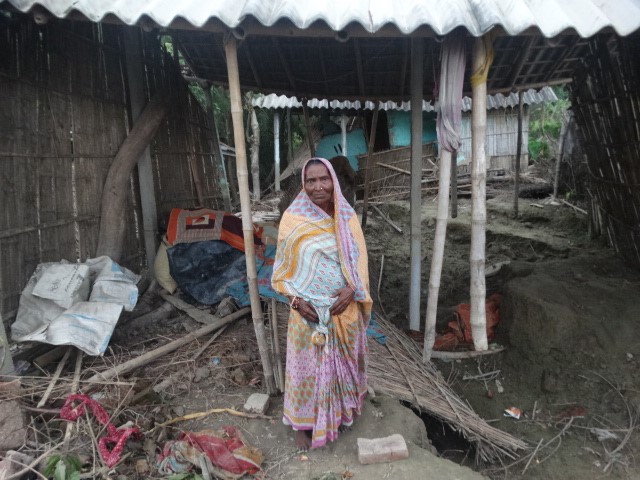 “On 14th August, when I first heard about the Kamla Balan river’s embankment breach near Rasiyari bridge, my heart sank. I thought now we cannot do anything. It was sudden. Within 20 to 30 minutes, our house was flooded,” recalled Fulia Devi, of Tulsipur village, who along with her daughter and husband are now living in a temporary shelter on the roadside.

She is among the thousands of people affected by the floods in Ghanshyampur block of Darbhanga district in northern Bihar, which is battling one of the worst floods in recent years. Her house was submerged by at least 3 feet as soon as the water level in Kamla Balan river swelled following the breach of the embankment. The rising water forced her family and neighbours to evacuate the area fast and live on higher grounds. 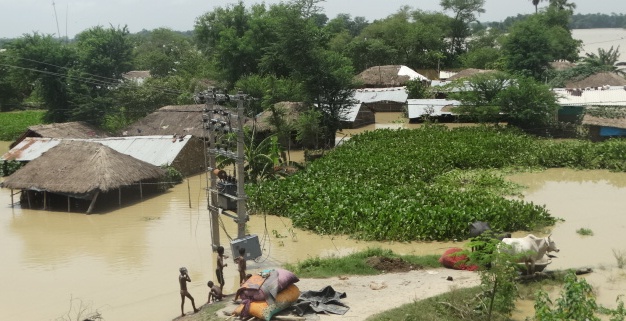 Many areas were submerged after an embankment breached

“I have lost my house, crops, livestock fodder and utensils.  Our three goats are missing. Our drinking water source is contaminated too,” said the 65-year-old. The family ran with whatever they could grab, she added. “Each and every family in our village was trying to save what they could. We were able to carry with us some food and clothes and some other materials needed for basic needs. That’s all.”

Displaced from her house, she, like several other fellow survivors, is literally living on the road. The food they took with them didn’t last long. “The local authorities have provided some Chura (rice flakes) and a tarpaulin. But given the fact that we will not be able to return home before a month, we are going to need more,” she said. 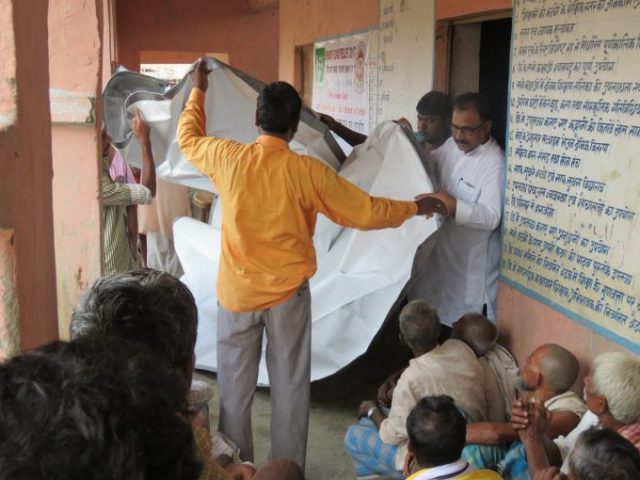 Nearly 17 million people have been affected across 19 districts of Bihar in recent floods that have claimed lives of over 480 people. Over 2 million are affected in Darbhanga alone.

Welthungerhilfe is responding to the crisis through its partner, Ghoghardiha Prakhand Swarajya Vikas Sangh (GPSVS), which has begun to provide relief in 20 severely affected villages in three blocks of Darbhanga district (Ghanshyampur, Gora Boram and Tardih). Over the next three months, the organisation will be intervening in three areas: Shelter (distributing tarpaulins), WASH (providing hygiene kits and chlorination of handpumps) and food security (by providing supplementary food for children, pregnant women and lactating mothers).