‘Floods have damaged my house completely’

‘Floods have damaged my house completely’

An expectant mother saves her three kids by taking refuge in a school. She says she will not be able to return home anytime soon. 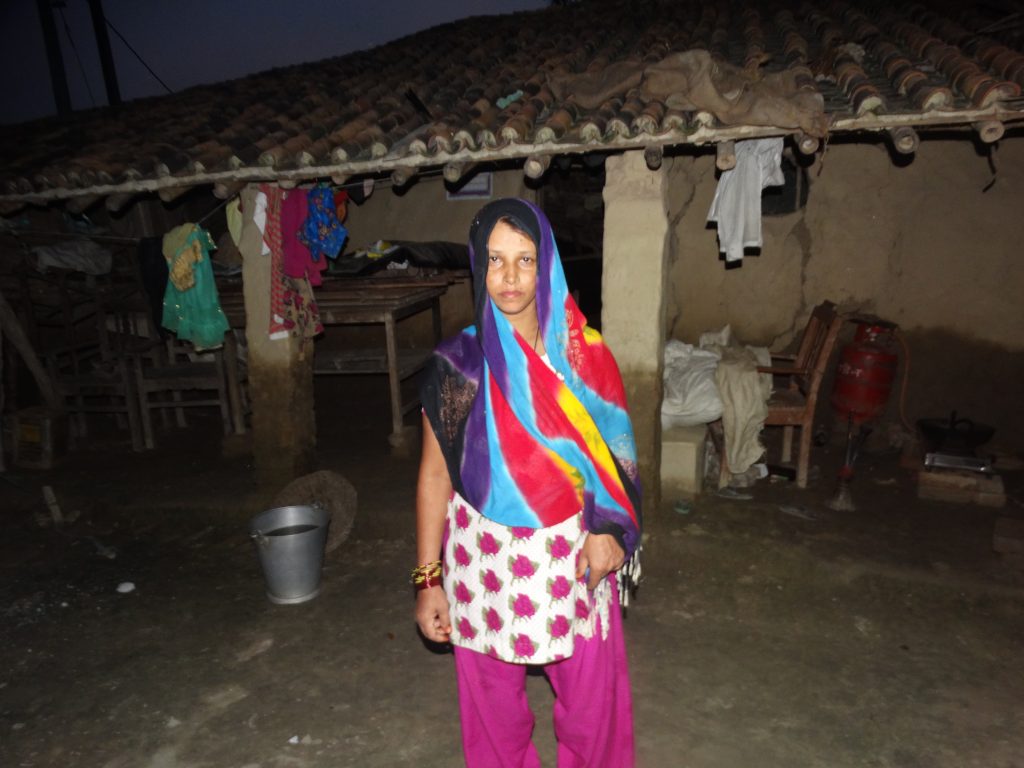 “I was alone with my three little kids when the floods hit our village,” recalled Jannati Khatoon, aka Tarannum, of the Karbola Tola in the Tardih block of Darbhanga. Currently, in her sixth month of pregnancy, the 27-year-old had to manage the evacuation of her family on her own. Her husband works as a migrant worker in New Delhi, while she lives with her children in the village.

“As the flood waters began threatening my house, I didn’t know what to do. I couldn’t even ask others for help, as they were busy saving themselves too. Somehow I held my children’s hands and began moving towards a place that was safer,” she said. A situation she was unprepared for, she admits. “For a long time, we did not experience devastating flood like this. This year, right from the start of the monsoon, the rains were heavy and our village, being situated in a low lying area, had water logging issues.”

The immediate option for shelter for her was a school in the village, where many, including Jannati’s relatives, took refuge. She stays there with her children with hardly any money and resources. “There aren’t any safe drinking water sources available near the school. The water of the hand pump is contaminated. All we have is few days’ rice and lentils.” 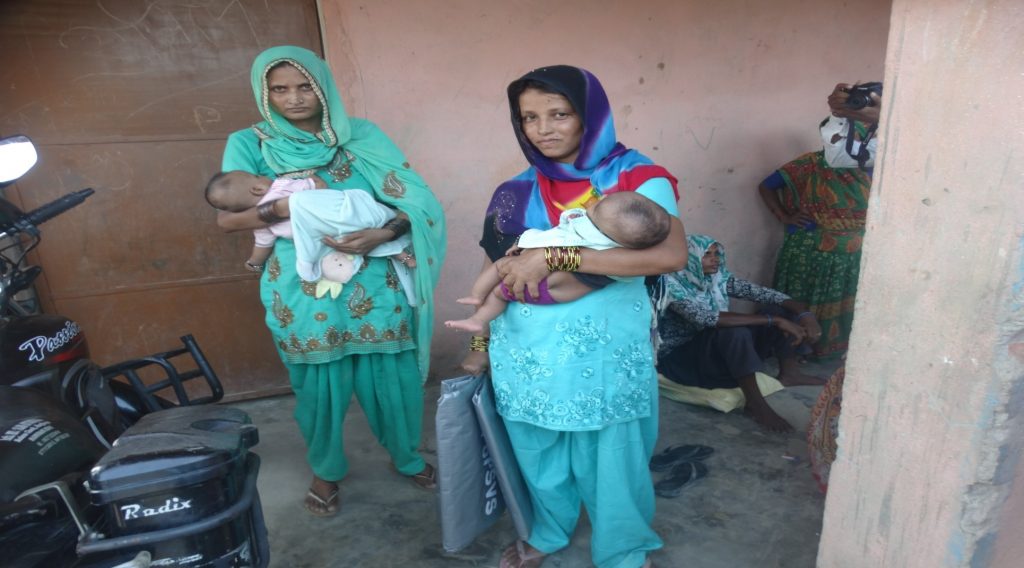 Three days ago, Jannati was down with a fever. Because of lack of immediate medical help, she continued to suffer until a relative got her some medicine from a far away Public Health Centre. She is better now, though very weak.

Welthungerhilfe’s partner GPSVS has begun to provide relief in 20 villages of Darbhanga district. This includes Jannati’s village. She is one of the first ones to receive a tarpaulin sheet which can be used as a shelter. “It is urgently required. I will soon be moving out of the school and then will be able to use it as a roof,” she said. 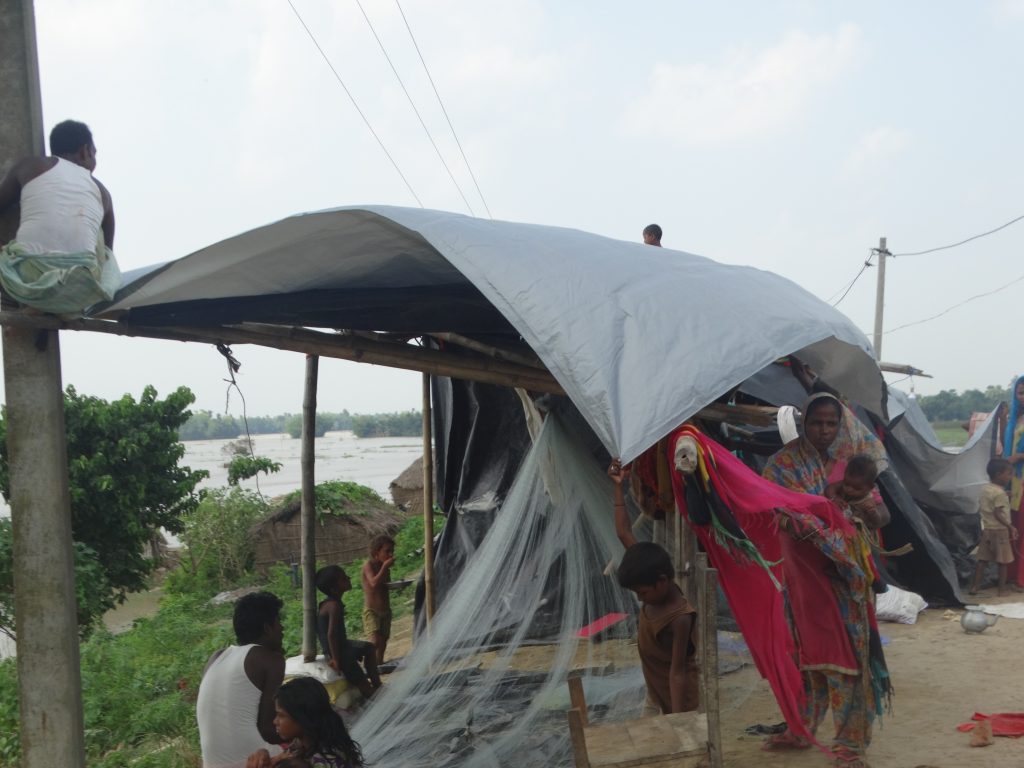 A family living in a temporary shelter

GPSVS will collaborate with the district authorities to facilitate food distribution and health camps. For pregnant women such as Jannati as well as for children and lactating mothers, who require better nourishment, it will also provide supplementary food, which will, among other things, include food items that are not included in the supplies provided by the authorities.

GPSVS has begun repairing hand pumps too. The team has undertaken chlorination at the hand pump in Jannati’s village to ensure safe drinking water supply. 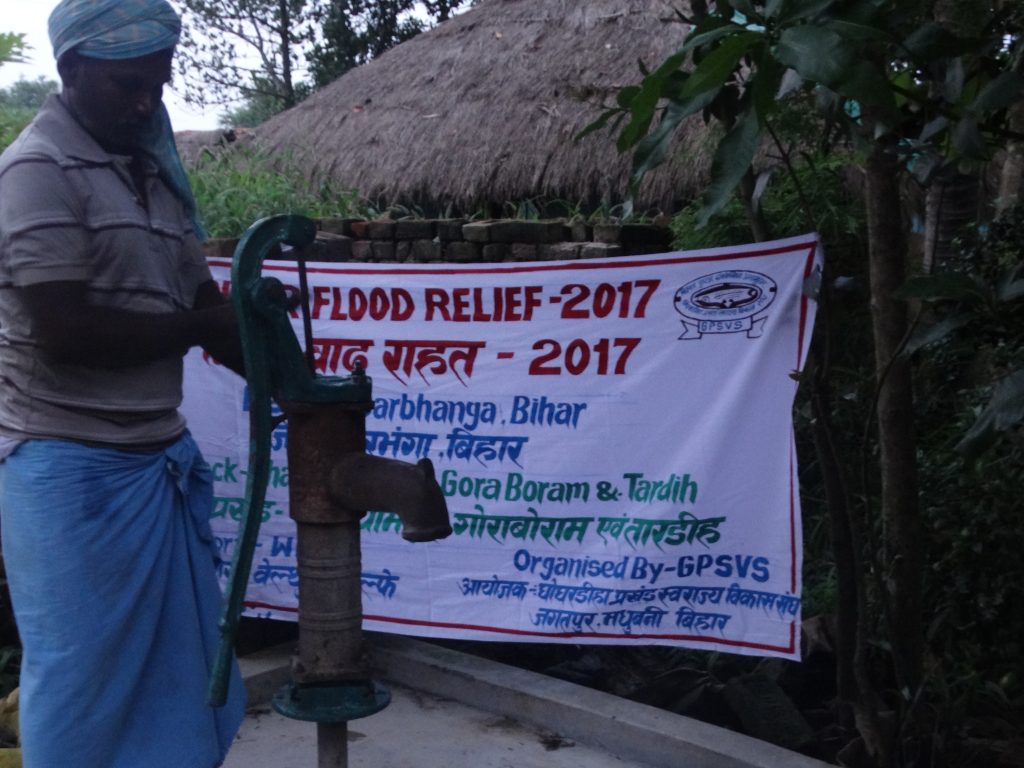 While happy about the support she is getting, Jannati has just one wish. To go back to her own house as quickly as possible. Though she knows it will not happen anytime soon. “I won’t be able to go back to my house at least before a month and a half. It is completely damaged. I will need to borrow money or take a loan to build it again with my husband, who is due to return soon.”  Though getting back to a normal life will take even longer, she admits.