Bamana Urlaka is a farmer in Drubaguda, a village situated on the hill tracks of Niyamgiri Mountains in Rayagada district of Odisha. From being fallen into a debt trap to becoming self-sufficient, he has seen it all. 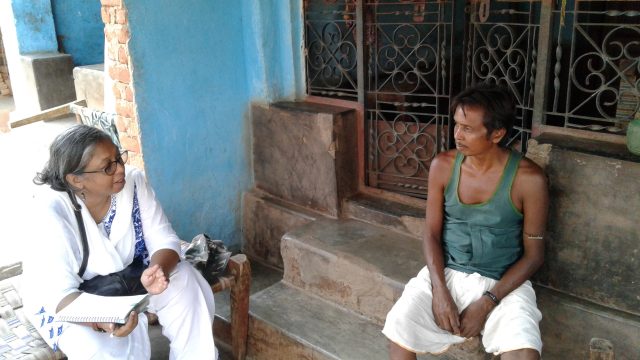 “10 years ago, I like other farmers of the village decided to grow paddy in our fields in the lowlands, thinking the high yielding crop will be more profitable,” recalled Bamana. “Though I got seeds from our Panchayat (local village council), I was unable to afford other inputs, especially fertilisers and labour,” he said. “I was left with no choice but to take a loan from a local moneylender.”

Taking advantage of his illiteracy, the money lender duped him by making him pay three times the original loan. “By the end of each harvest, I would repay old loans and take fresh ones for the coming season.”

Bamanas is one of the 250 families living in the tribal village of Drubagarh. With agriculture being their primary occupation, they grow crops in the hills, the uplands, the middle lands and the lowlands. Since agriculture in the area is rain-fed, the major harvesting takes place between the months of July and March. During the lean period (April to June) the community survives on the reserves.  Like most of the tribal villages of the area, Drubaguda also has had a high infant mortality, maternal mortality and malnutrition rates. In 2011, the block Bissamcuttack, of which Drubagada is a part, had an infant mortality rate as high as 131 per 1000 live births. 75% of the children were reported to be stunted and 53% of the women had a BMI <18.5.

In recent years, amid changing food consumption patterns, a major shift in agricultural practices has been observed in the region. With a hope to earn a better living, the communities have moved away from their traditional farming practices such as growing millets to high yielding crops like paddy and cotton.

“I tried my luck at cotton cultivation too,” said Bamana. “It was introduced by middlemen, who provided seeds, fertilisers and pesticides and promised to buy the cotton from us. But cultivating cotton was a nightmare. On the days, I sprayed pesticides on the field, I was unable to eat or sleep. I felt sick. I could feel the effects of poison in my body. However, I continued with it in the hope for higher income.”

Bamana continued to cultivate cotton for the next four years, eventually realising that he was unable to sustain it. “My input cost was around 10,000 INR but the output was barely the same or was in fact less. My debts continued to increase and I didn’t know what to do. We were living hand to mouth,” he said. 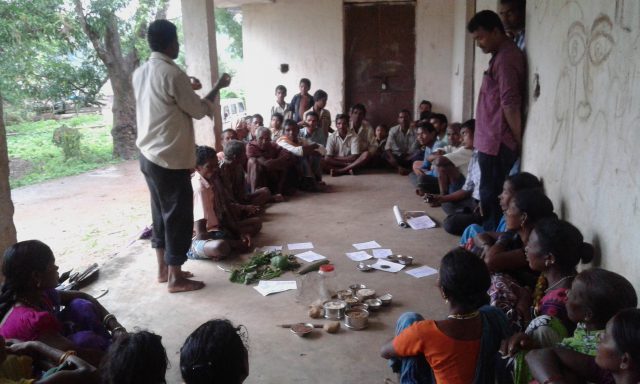 The vicious cycle continued until three years ago when the couple came to know about the concept of Linking Agriculture, Natural Resource and Nutrition (LANN) introduced by Welthungerhilfe and its partner Living Farms during several participatory learning sessions under the German Federal Ministry for Economic Cooperation and Development (BMZ) funded Fight Hunger First Initiative. With a larger aim to improve diet and nutritional outcomes and to achieve nutrition security, the community-based multi-sectoral approach centres around family nutrition and has an explicit focus on integrating nutrition-sensitive sectoral elements that address underlying and basic causes of malnutrition.

Encouraged to join the PLA sessions, the village residents gradually started attending the monthly meetings. Bamana and his wife took part too and were positively surprised. “I liked the meetings, as they were very informative and interactive,” said Bamana.

“During the LANN meetings, we played games and listened to stories of people, who were unfortunate and couldn’t change their lives. We discussed how the choice of food and care practices were important to reduce the incidence of diseases. We learned about crop planning and that storage of seeds and natural resource management were necessary to increase food availability and found out about government schemes and entitlements that are meant for us but we knew little about,” he said.

The sessions helped village residents understand how their existing resources can help them overcome hunger and poverty. “The emphasis on natural reserves during the meetings made us realise how important these are for us and for our wellbeing. These were once regarded as God by our ancestors and are now being destroyed.”

The lively interactions at the meetings motivated Bamana to change the way he lived. While some of his fellow residents were sceptical, he decided to bring back the useful traditional practices. The first thing he tried out was preparing organic compost that he learned during one of the sessions. “I learned to prepare compost and I soon began making and using it. Gradually within 3 years, I shifted to organic farming and stopped growing crops like cotton that needed chemical fertilisers,” he said. Also, he has changed from high yielding paddy to traditional paddy called “desi beej” (or an indigenous variety of seed).

“During the sessions, I learned about various techniques of farming, where I can have the same production with little or no input costs. Following the tips, I now practice line sowing. This way I have fewer weeds on the field. And this means that I am saving money on pesticides, fertilisers and wage labour needed for weeding,” he explained.

Meanwhile, in the middle land, he has started mixed cropping, a concept he knew nothing about before joining LANN PLA sessions. He grows sunflower, sorghum, cowpea, black gram, maize and some millets. “Last season I was able to produce 50 litres of sunflower oil, which will last me the entire year. Along with this I also produced 60 Kg of Black Gram, 15 kg of green gram, 20 kg of Sorghum, 40 kg of maize, sesame, niger and other seeds. Keeping a portion aside for my family, I sold the rest and made an income of nearly 8000 INR. Moreover, I am able to do the upland cultivation as well and grow 2-3 types of millets, oil seeds and turmeric. Earlier I hardly got time for this.” 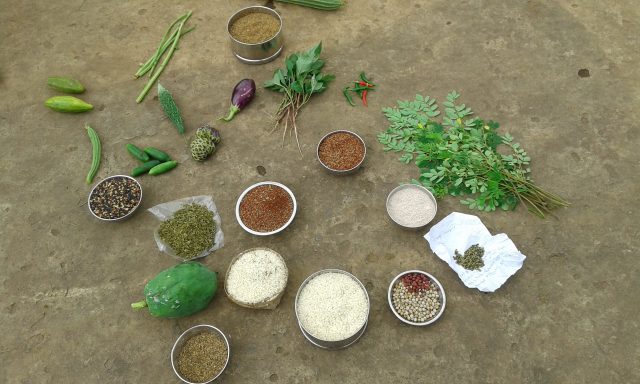 For Bamana, LANN PLA meetings have led to significant changes in the areas of health care and hygiene in the village too. “The maternal and child health and hygiene conditions were pretty poor in our village. My first wife died 20 years ago while delivering a child. My second wife Jagari gave birth to two daughters. But unfortunately both the kids died even before reaching the age of one. Infant death was very common,” he recalled. “Now things are changing slowly. Women do not deliver at home anymore and there are fewer diseases like malaria & diarrhoea in the village.”

Moreover, the trainings have helped villagers get a new and healthier attitude towards food and nutrition. “We are now aware of different coloured food groups and we ensure that we have cereals, pulses and vegetables every day on our plates.” Today Bamana’s food mainly comes from his own fields. He needs money to buy basic things only such as salt, fish, potatoes, onions, match sticks and clothes and this change he owes to the LANN meetings, which has been an empowering process for both the men and the women in the community.

The LANN PLA approach has inspired communities to identify the underlying causes of hunger and poverty and look for solutions from within their own resources. As and when the communities have identified the keys to solve their problems the skill training has been done. Thus, the training and technical support during the project implementation have differed from region to region but the final goal remained the same. Interface meetings with the service providers and knowledge about the Basic Rights and the Government schemes that fulfil the entitlements have been an empowering process for the community. Realising the problems of food availability, access, use and utilisation and stability, the communities have searched for solutions from their traditional knowledge and revived traditional skills. Small and marginal farmers like Bamana do not need highly technical and global solutions to their local problem of poverty and hunger. What matters most is their control over their lives, the lesser the dependence on external technology and supplies, the higher the chances of survival and food sovereignty.