Reviving a centuries-old lake in Jhansi

Reviving a centuries-old lake in Jhansi 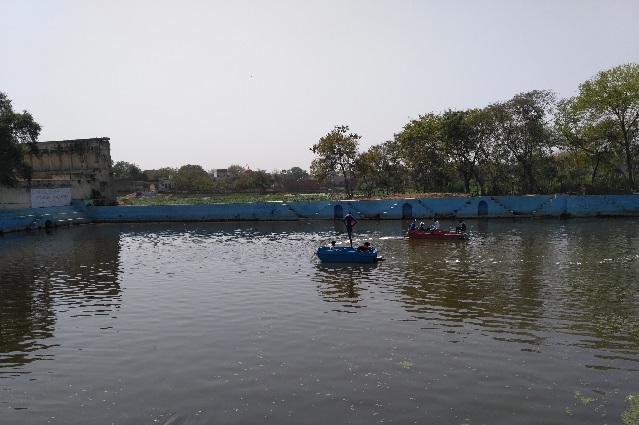 Laxmi Tal (lake) is situated in the city of Jhansi in the Bundelkhand region of Central India. Built in the early 18th century, the rain-fed lake used to be the main source of water for the city. It is associated with many stories and legends and is an important part of the historical and cultural life of the city.

Spread over an area of 2370 hectares, the Laxmi Tal is grossly ill maintained. The municipal waste water of the city is dumped into the lake through various nullahs of the city.

Welthungerhilfe’s partner Parmarth Samaj Sevi Sansthan has been continuously advocating for the revival of the lake with the active engagement of civil society. During a recent cleanliness drive called the ‘Swachh Bharat Pakhwada’, the organisation and various government departments such as the Yamuna Basin Organization, Central Water Commission, Water Resource, River Development & Ganga Rejuvenation came together to revive the dying lake. On March 20, 2017, as part of the activities conducted in the run-up to the World Water Day, a shramdan camp (voluntary contribution of labour by the community) was organised at the lake. 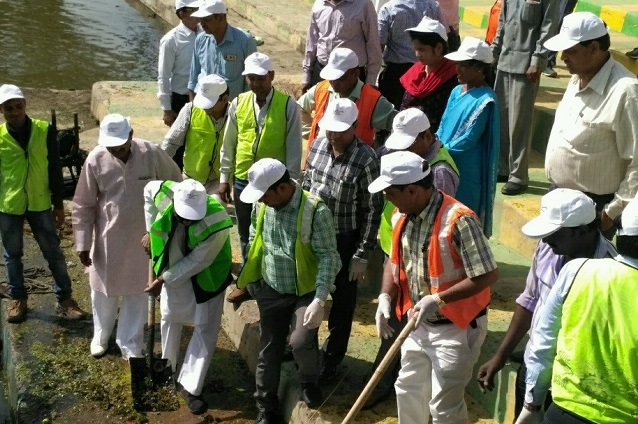 Efforts to restore the lake underway

More than 200 government officials and volunteers took part in the effort to clean-up the lake. District Magistrate Mr. Ajay Shukla, City Mayor Mrs. Kiran Verma, and Chief Engineer Yamuna Basin Mr. Ashok Goyal were also present there.  On the occasion, the mayor assured that the work will not stop until the lake is revived completely.

In collaboration with local partners, Welthungerhilfe works towards water conservation and management, revival and restoration of ponds, lakes and other water bodies, particularly in drought-prone areas are some of the key areas of focus. With support from the EU, Welthungerhilfe also builds the capacity of community-based organisations on land and water related issues.