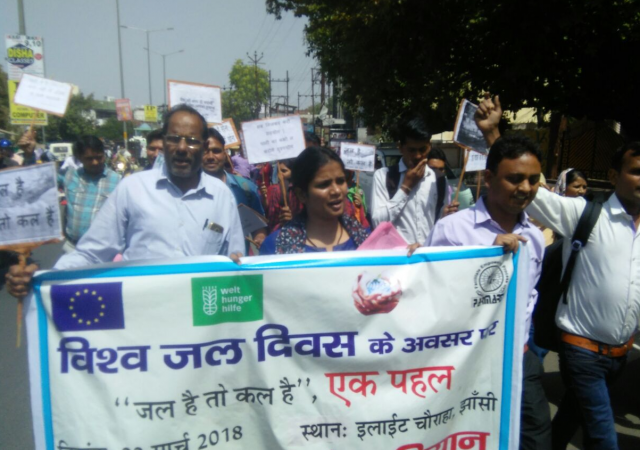 To observe the World Water Day, Parmarth, Welthungerhilfe’s partner in Bundelkhand, organized a signature campaign in Jhansi on 22nd March 2018. The objective of the signature campaign was to raise awareness on water scarcity and challenges around it in the Bundelkhand region, an area that has witnessed frequent drought in recent years.

The signature campaign called “Ek Pahal” was initiated at the Élite circle of the city Jhansi. Many citizens signed the appeal, ensuring their support towards conserving water in their area.  The group also took out a rally. The message with the signatures will soon be handed over to the District Collector. 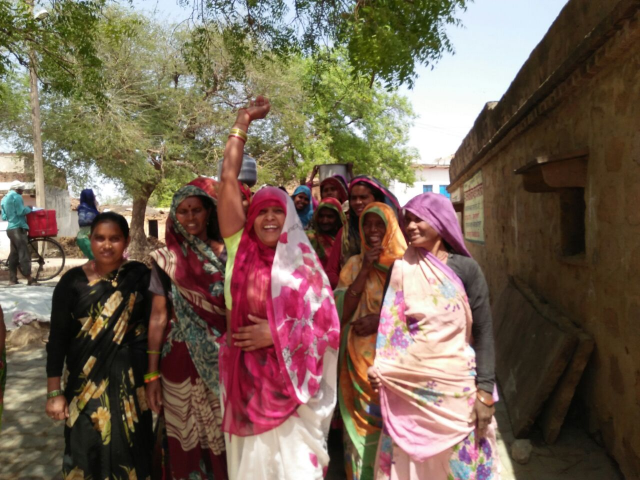 Similar events were also carried out at village level by Jal Sahelis, women volunteers, to highlight the importance of conservation of water.

Welthungerhilfe has been working in the drought-prone Bundelkhand region in collaboration with the European Union and a grassroots’ organisation Parmarth Samaj Sevi Sansthan. The programme focusses on water management, conservation and the revival of old water structures as well as ponds, lakes and other water bodies. The programme also aims at building the capacity of community-based organisations on land and water-related issues.