70 malnourished children down to 3, What went right in this MP village?
My child could have died had I not known solutions to overcome malnutrition
Story by : Isha Banerjee
Written on : 5th May, 2022 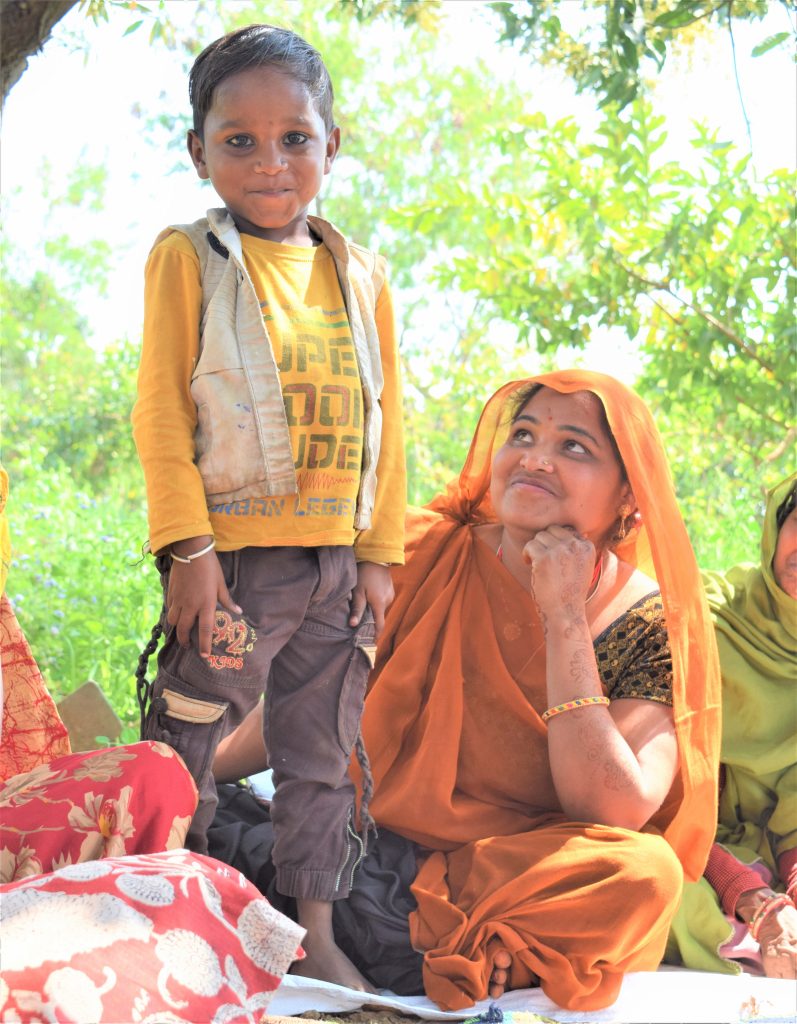 Not so long ago, MP’s Sheopur district was known as the ‘Ethiopia of India’ because of its alarming levels malnutrition and child mortality rate in the remote tribal areas. But something went right in the last five years that changed the scenario in many villages of the infamous district that brought down the malnutrition among tribal children.

It is to be known that in the year 2016, malnutrition had wreaked havoc in Sheopur district. Between September-October of the year, 116 children died due to malnutrition.

Tribal woman Sunita Adiwasi had no clue why her son was “not appearing as healthy as the other boys”. Symptoms like not willing to eat, not growing or putting on weight at the expected rate (faltering growth)changes in behaviour, being unusually irritable, slow or anxious, or low energy levels and tiring more easily than other children.

“I had no idea what malnutrition was all about. Whenever my Arun cried, I would either pacify him with biscuits or chocolates. His weight was less as per his age and was quickly prone to diarrhea and other diseases. Women in our village did not spend much time on feeding our children right.”

Welthungerhilfe India started working in the village in 2018 looking at the scope of need. Shabnam Afgani is a Nutrition Expert working with Mahatma Gandhi Seva Ashram (MGSA) which is Welthungerhilfe India partner working in whole of Karahal block of Sheopur district, in which Nayagaon village is one of our field areas. She along with her team identified Sunita’s son Arun among other 70 children as malnourished.

Eventually, with constant education in the village, WHH and MGA teams orient the community members about the causes of malnutrition and that it could be cured if the condition is not severely poor.

Two important solutions helped the community bring the number of malnourished children from 70 to 3. Behavioural as well as dietary changes helped the women in the village to understand the gravity of the situation.

Behavioural changes like giving more importance to preparing healthy diet for the children and more emphasis on inlcuding vitamins and minerals in the diet of the kids were taught to the community members, specially women in the village. The teams repeatedly oriented the villagers for accepting hygiene and sanitary practices before feeding food to babies and participating in regular educative meetings which were once lacking within the tribal community.

Dietary changes such as preparing local NutriMix powder for babies, growing organic vegetables and fruits in one’s own backyard nutrition garden (even during summertime), must include calcium-rich elements like milk and eggs in the diet of the babies among other changes.

“Arun and other 66 children have come out of malnutrition in the last five years with efforts from the women in the village and MGSA+ WHH team. The symptoms like crying or irritability has gone away for good. I have started growing vegetables like spinach, raddish, tomato, brinjal and include it in my diet every day,” says Sunita.

Having achieved a great success in her village, Sunita and other women want to proactively work for improving the health of the last 3 rmaining children and pull them out from the clutches of malnutrition, and offer help in other nearby villages reeling under the stress of malnutrition.

Village Nayagaon’s location hidden amidst the summer-hit forest reserve is a matter of worry for its inhabitants. It is the month of May. When you see Nayagaon you see the rain-deficit trees, dried grasslands, arid dusty-brown landscape with sights of cattle and their prominent skinny ribcage indicating lack of fodder or grasslands in and around the area. Situated in India’s extreme drought-prone regions Bundelkhand, Nayagaon village faces a big-big water scarcity challenge.

When the summer season, temperatures soaring up to 47° C or 116.6° F, soaks most of the water, the tribal-dominated area has a dependent living on stocked-up wheat which they harvest every previous season. However, this is for the tribal farmers who own a considerably wider farmland. For families with lesser land, their life depends on daily wage work in the nearby or far-away towns – beginning of the migratory journey of families who move to cities in search of work at construction sites receiving daily wage of not more than Rs 500-700 (6.07 – 8.50 Euros) a day.

The one section that takes the most toll is the newborn, infant, and toddler. Welthungerhilfe noticed many irregularities in the diet given to their children by Sahariya and Bhil tribes of India’s central-most state of Madhya Pradesh. A few observations like farmer mothers leaving behind their infants with a piece of roti or wheat bread to chew upon for hours till they are back from the field was one among other food habits practiced within the community.

“What we see as a general trend is that the cases of malnutrition come out more between the months of June to November of the year. It is because the population migrates mostly in the month of February since it is the time for harvesting. From June to July, the tribal population starts returning to their homes and when they come back, they bring their sick children, whose health they do not pay enough attention to during the migration due to which this period of four-five months Malnutrition takes hold in children,” she says.