Through an innovative mini water supply system, families in Jahalipatti village of Madhubani district, Bihar, have been able to access clean and safe drinking water. 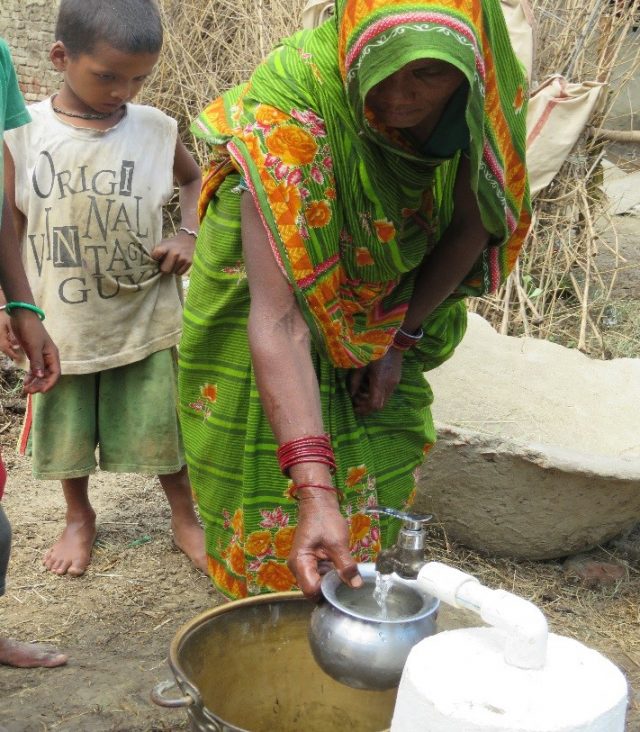 Nearly 3000 people live in Jahalipatti village, one of the flood prone areas in northern Bihar. With water tables being 20 to 30 feet below the surface, ground water is the only source of agriculture and drinking water supplies.  Nearly 50 per cent of the households have their own hand pumps. However, water quality is a huge matter of concern. Most of these hand pumps are unprotected at their base and don’t have a proper drainage system.

Earlier most households in the area had no toilets and were forced to defecate in the open.  With the support of the Swachha Bharat Mission (Clean India Campaign) now, the number of pit toilets has grown in the village. But, there are also concerns about its adverse effects on drinking water. 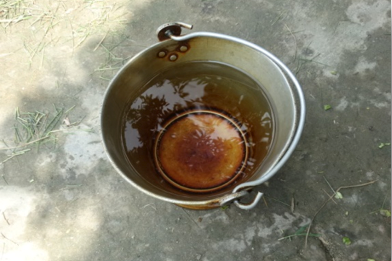 As the area is densely populated, households have little homestead land (average 1-2 decimal). Within this area, they plan a house, a pit toilet, a hand pump for drinking water and soak pits for the disposal of the waste water. The small area makes it almost impossible to maintain a safe distance between toilets, soak pit and drinking water sources. Recent water testing data reveals that around 10% drinking water sources have bacterial contamination.

Another problem with drinking water is the high iron content. Nearly 95% water samples found a high concentration of iron in the range of 2.2 mg/L to 3.9 mg/L while the WHO recommended a permissible limit for iron is 0.3 mg/L.

Consumption of unsafe water has affected the health of residents there, including discoloration of hair, skin and teeth. Many families have also reported about suffering from chronic gastro – intestinal problem in the village.

To tackle the problems of ground water impurities and its ill effects on health, Welthungerhilfe’s partner GPSVS has introduced Matka filter, a three-pitcher filter similar to steel water filter and made from the locally available material. 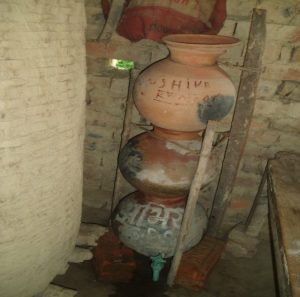 In the Matka filter, three pots are used. Placed on one another, the above pot, with a lid, is filled with the water. Through the hole at the bottom of this pot, the water moves to the middle pot, which has layers of filtering materials: charcoal, bricks particle, nylon mesh and sand. After passing through each layer, the water is filtered and collected in the lowest pot with a tap.

The innovation has gone down well among the village residents, who found the taste of the water filtered through the Matka filter far better than what they had earlier. However the fact that earthen pots are fragile and need weekly maintenance posed certain limitations on its continuous usage. This motivated the project team to think further and come up with another model that was more sustainable.

Based on the principle of the pitcher filter, a mini water supply system has been designed and introduced that is centralised and has three tanks (similar to Matka filter’s three pots). 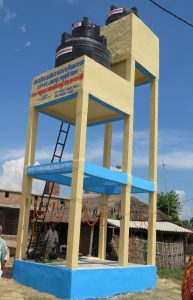 Under the project, two such mini water supply systems have been installed, catering to the entire population of the village and bringing clean, safe drinking water closer to the villagers.

Two water supply committees, run by women, have been formed, which collect monthly subscription from every household for maintenance of the systems and to meet up the operational costs. “People use it responsibly. They call us if the water is not supplied at the given time,” explains one of the committee members Pushpa Devi.

“Earlier we were not sure about the success of this filtration technique but now we have seen the results. The water from this supply system contains less iron and it tastes much better,” says Durgadevi another member of the committee.

“Because of this mini supply system, women are saving considerable amount time that they had to spend fetching water from other sources,” she adds.