The Safe Food Campaign organised an event to raise awareness about the agroecological value of millets, a forgotten food. 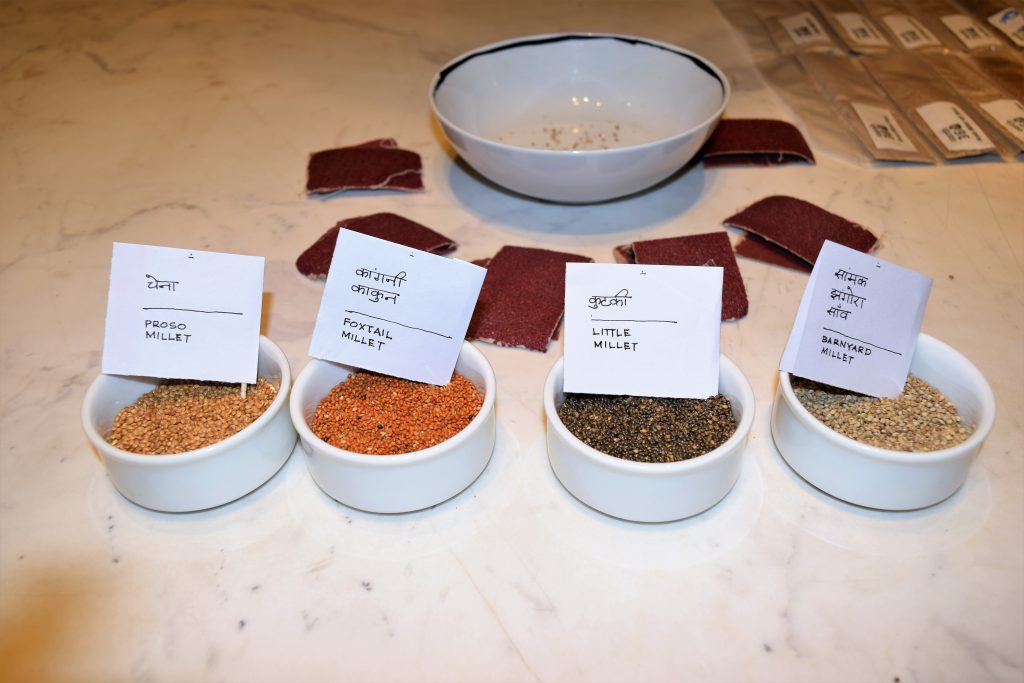 The Delhi team of Welthungerhilfe’s Safe Food Campaign recently organised an outreach event called “Millets and Diabetes” at Andaz Delhi Hotel. The aim was to raise awareness about the nutritional and agroecological value of millets, the grains that have disappeared off our plates over decades amid a surge in wheat and rice production and consumption.

Organised in partnership with the Millet Foundation and Millets for Health, the event brought together representatives from the hospitality industry such as Chef Alexander Moser of the AnnaMaya Food Hall, Hyatt, health food enthusiasts, diabetes patients, doctors and media representatives. During the event, short films, which explained farming and cultivation of millets and described traditional recipes made of millet were shown. This was followed by discussions on the usage of millets and its benefits for ordinary consumers, diabetes patients, and farmers. 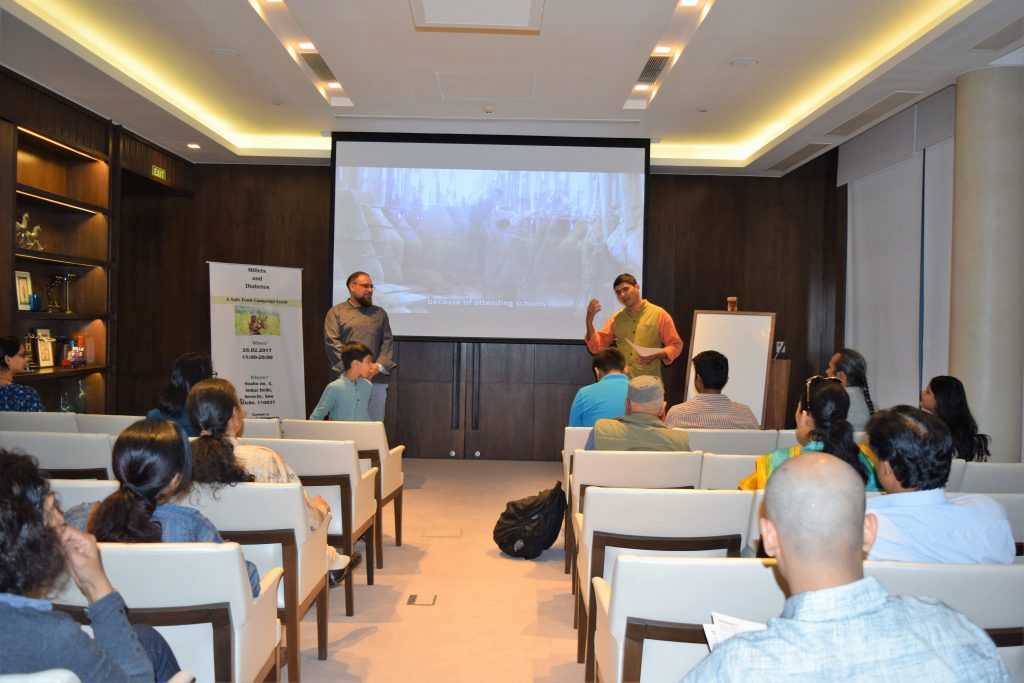 During a session, Dwijendra Guru from the Millet Foundation spoke about various kinds of millets and their nutritional value. The participants were then invited to observe different kinds of millets through magnifying glasses. 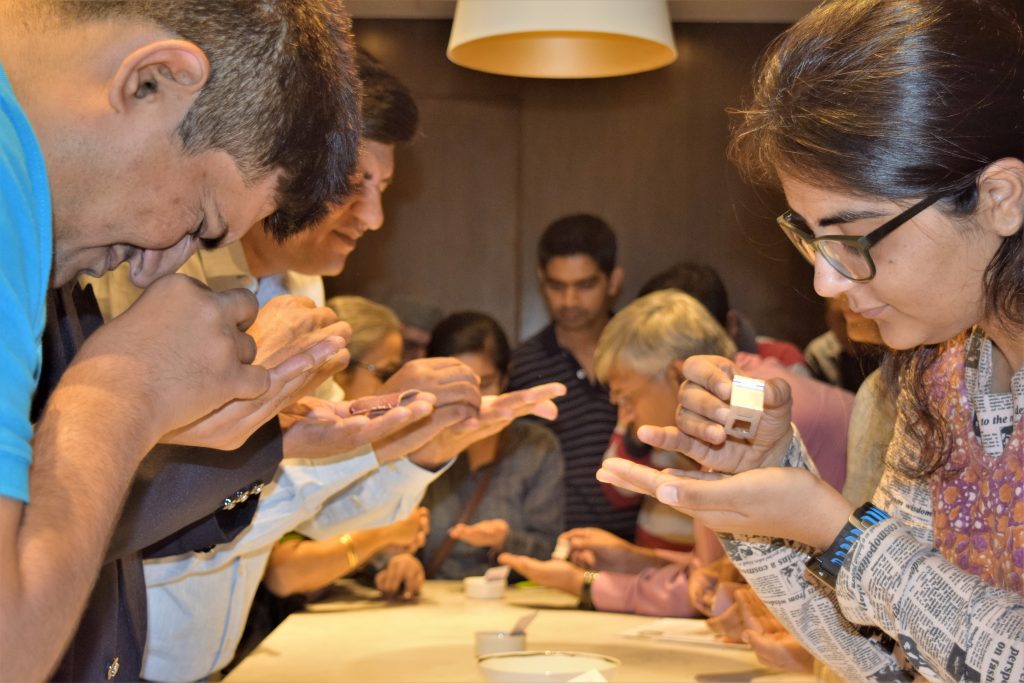 Chef Alexander Moser and Pallavi Upadhyaya from Millets for Health held a cooking session and prepared four different millet dishes, including traditional and international recipes. The audience could try the dishes during a food tasting session. 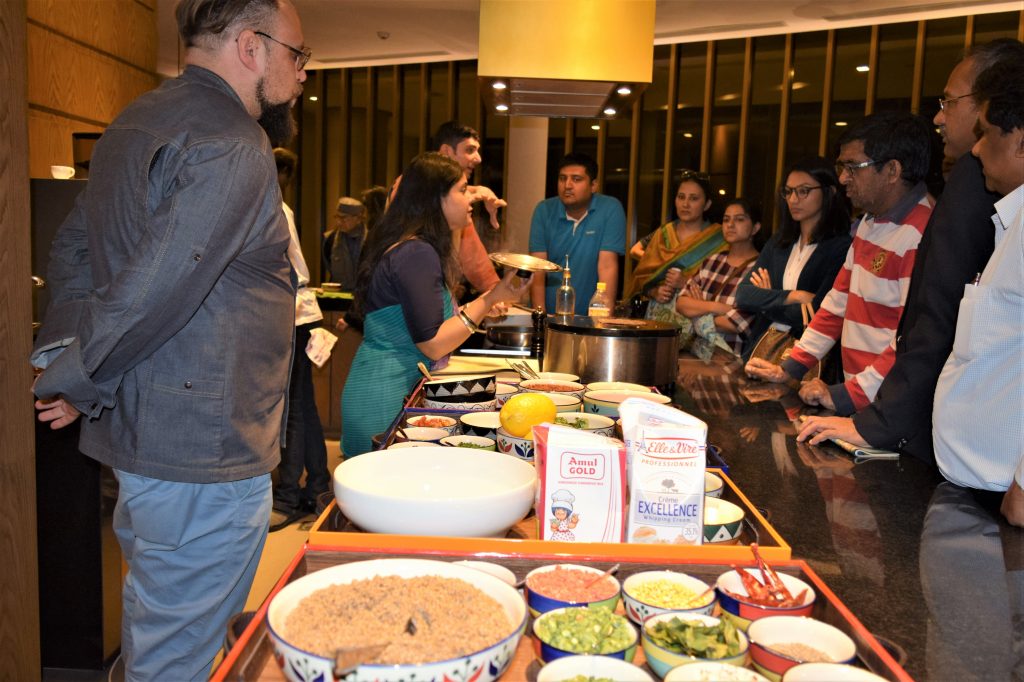 Further, Sneh Yadav, a farm entrepreneur and the founder of the Delhi Organic Farmers Market talked about organic and biodynamic farming, its advantages and challenges.

Welthungerhilfe’s safe food campaign is based on a premise that all people should have access to food that is clean, devoid of chemicals, locally grown and is highly nutritious. To achieve its goal, the campaign seeks to interlink consumers, farmers, wholesalers, food vendors and policy makers towards ensuring availability of safe and healthy food. Supported by the German Federal Ministry for Economic Cooperation and Development (BMZ), the campaign is implemented by partners Living Farms, Development Research Communication, and Services Centre (DRCSC) and Centre for World Solidarity in Delhi, Kolkata, Bhubaneswar, Jamshedpur, and Ranchi.

The report is based on the inputs by Fabian Jacobs. The photos are captured by Lisa Marie Pyka. Both Fabian and Lisa are young volunteers, who are part of the weltwärts programme, an initiative founded in 2008 by the German Federal Ministry for Economic Cooperation and Development [BMZ].