Women take charge of a ration shop in village Khutana

Women take charge of a ration shop in village Khutana

12 women of Khutana village of Barhait Block of Jharkhand have joined hands to ensure a fair and improved public distribution system. 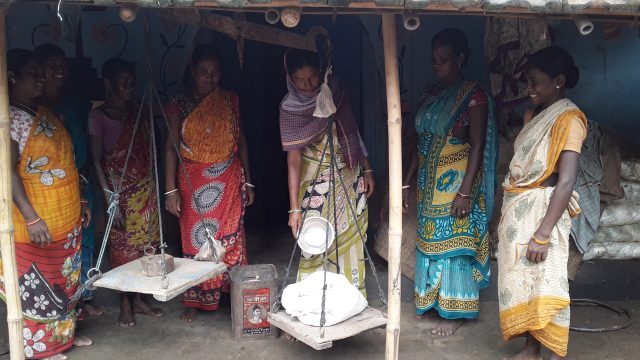 Khutana is a tribal village with 201 households, predominantly paharias and mal paharias communities. Living in extremely poor conditions, the local residents rely heavily on the entitlements under the government schemes. Till a couple of years ago, access to adequate quality and quality of food and other commodities was not easy for them because of the presence of middlemen and brokers, in the system. The situation improved drastically when women of the village decided to raise their voice and fight for their rights.

Under the European Union co-funded ‘Initiative for Transparent and Accountable Governance systems in Jharkhand, women Self Help Groups (SHG) have been empowered to demand and access their legal entitlements. The results are evident. As in the case of Khutana (Block Barhait), where a group (SHG) of 12 women raised their voice against the irregularities at the village’s fair price shop.  The SHG members met the Block Development Officer (BDO) and explained how because of a corrupt ration dealer they were unable to access their monthly quota of grains and other commodities. They complained that the dealer supplied rations irregularly and weighed the commodities often incorrectly.

After listening to women, the BDO suggested the women take over the management of the fair price shop.  Heeding the advice, the women submitted an application for running the ration store and received permission within no time. The BDO, in the meantime, took action against the dealer and cancelled his license. 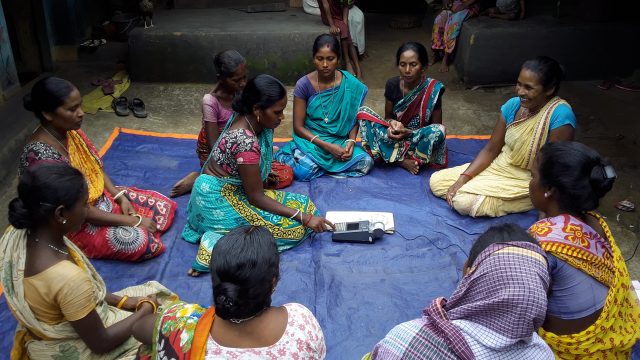 Women learning to use a PoS machine

Today the women group effectively run the fair price shop. They collect ration from the block headquarters regularly and distribute in their village to ration card holders.  The women collective also maintain all the records to ensure complete transparency and accountability in the process.

This initiative has helped strengthen the status of these women in their families and their village. Earlier they hesitated to talk to the male members of their family, but now they share their views confidently and assert themselves. “Managing the shop in a male-dominated village like ours has given us an immense sense of confidence. Initially, men used to laugh at us but looking at our dedication and serious action, they soon came forward to support us,” says Maiko Murmu, an SHG member.

Initiative for transparent and accountable governance systems in Jharkhand